Organising your consulting firm for success 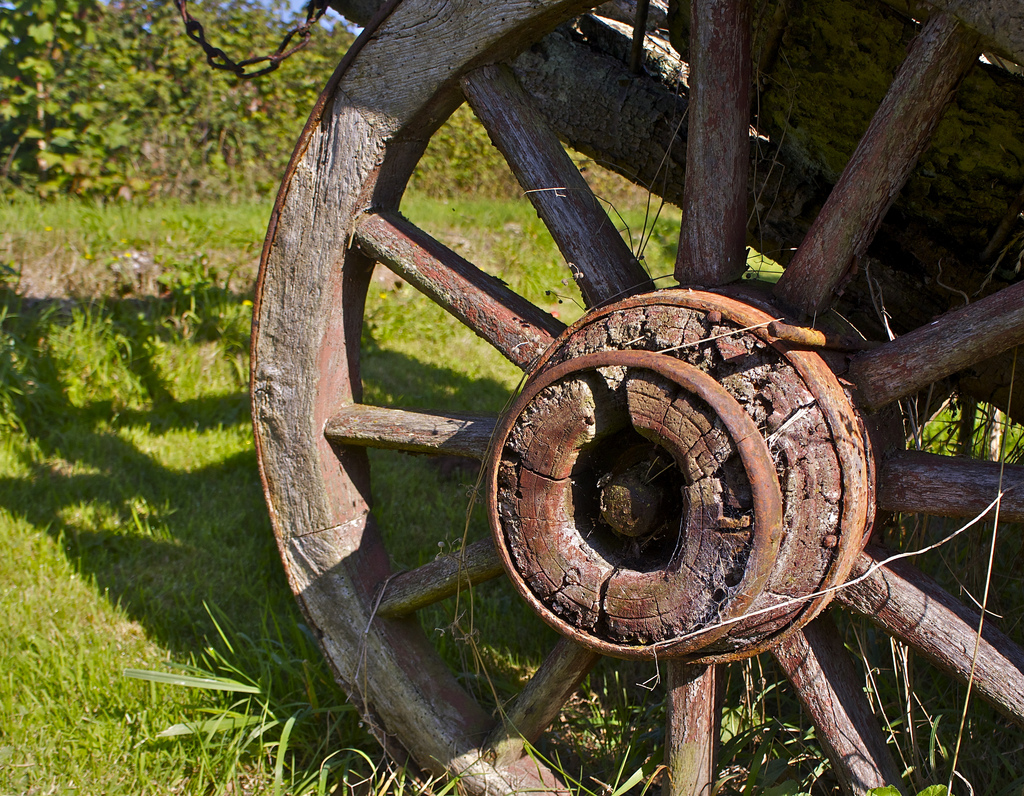 When I started Moorhouse Consulting in 2004, I set out with a deliberate intent to build a company that could – at least as a strategic option – release equity value within five years of formation. As I cover in my Guide 03, this objective was a clearly stated one within my inaugural Business Plan (penned pre start-up) and, as such, was a well-understood one within the entire business.

I was, consequentially, obsessed with the question of ‘where does value live in a professional services firm?’ from the outset and would seek to read anything on this topic I could lay my hands on. If only this book series had been around then!

As soon as the firm grew from me, as a singleton, to a size whereby we needed some internal, organising structure (this was fortunately the case within the first trading year), it seemed logical that we base this on the elements of value-build.

In these early years, I spotted a notice for a conference, in London, on the subject of ‘Proven Strategies to Build and Sell your Consulting Firm’. It was clearly a very pertinent title for an ambitious new business owner and I was quick to book a place. The day was an extremely useful one but the star of the show was a presenter called Paul Collins. Paul had previously built and sold a consultancy business (WCI) and gave an excellent talk on the topic of ‘How to Value a Consulting Firm’. It was, by some margin, the most intelligent articulation of this matter I had come across in my research to that point. I immediately contacted Paul and requested that he join our forming Board as an adviser (I cover Boards and the value of non-executive directors in my Guide 04). Fortunately for me, he agreed to do so.

Paul’s talk included the concept of growth levers and this, along with my own views on the matter, was a feed into an (internal) project team design structure for Moorhouse based on what I called the ‘ME Wheel’ (Multiple Enhancer Wheel). The term ‘Multiple Enhancer’ was somewhat mechanical so, in time, ‘ME’ came to stand for ‘Moorhouse Enabler’. Truth be known, after time, most forgot what ‘ME’ (pronounced ‘Em Ee’) stood for but it was an acronym that stuck. Everyone in the firm belonged to at least one such ‘ME Team’ and every new joiner was invited to join one. It became our primary means for driving the collective ambition we had – to grow the architecture of the firm on which sustainable growth could be based and on which value was built. Each ME Team would, during a business-planning round, set out the capabilities it sought to build in their specific area and then go about prosecuting these plans during the year. These were all virtual teams populated by members of the growing, fee-earning team at Moorhouse. Each team worked on ME matters in the margins of their busy lives serving clients, but therein lies another interesting dynamic. Intelligent, ambitious people join professional service companies to be part of the growth journey and to develop their own knowledge and skills across such business domain areas. The culture at Moorhouse was very much ‘this is your firm, so help us build it’ and, indeed, the presence of this organising logic soon became a real recruitment feature for the aspirant new joiner who was motivated by this dimension of life in the company. 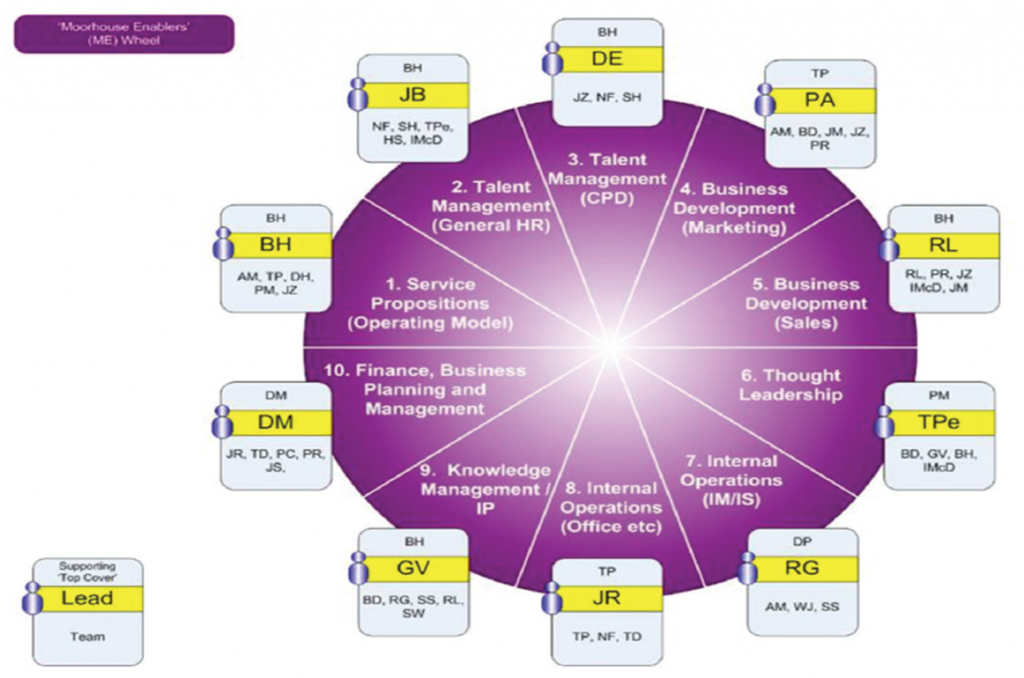 The Moorhouse ‘ME Wheel’ (showing ME Team leads and team members)

After a couple of years of running ten ME project teams, a large amount of ground had been covered and some capability aspects that were initially project outcomes were moving into everyday, operational concerns. For example, once the Marketing ME Team had successfully recruited a permanent, professional marketeer and supported her in the process of establishing key marketing processes, its job was partly done. That is, they could ease back from the process of establishing and running the basic operation (now in the hands of a professional) and focus on supporting her in the on-going development of the capability.

Organisationally, therefore, ten teams eventually became too many, too over-engineered, once these foundations were built. Nonetheless, the principle of whole-firm involvement – in all such key areas of the business – remained critical so we simply reduced the ten teams down to four, consolidating ‘Quadrant’ teams (as per the ‘Multiple Enhancers’ Diagram in the previous blog). This construct survived for the duration of the time it took to take the business to sale and beyond.

You will have noticed, perhaps, that the guide structure of my book series does not map directly to the ‘ME Team’ organisation that we settled on at Moorhouse in those early days. In my series – after further experience and consideration on the matter – I have opted for the more granular approach in order to ensure all key aspects are given due attention. As tempting as it is to consolidate, I would be doing you a disservice in the process – as the devil really is in the detail when it comes to actually building these capabilities within your firm.

That all said, I strongly suggest that you start thinking now about how you might go about organising your colleagues along such lines as/when you get to a scale that such a delineation of responsibilities is relevant. Clearly, you don’t want the complication of managing fourteen such teams but, in the early years, eight to ten such teams is about right (as there is so much ground to cover). The important point is that – as long as you cover all the multiple enhancing elements I will present to you in this series – you can organise teams to address such matters by your own thematic bundling. Better still, organise a team session at the appropriate time to discuss this and the optimal ‘carve up’ within your organisation. The resultant project team structure is far more likely to be owned, and accepted, by your colleagues if it is self-shaped.