I have always put stock in the power of the plan. Not in any over-zealous way but, I think subconsciously, as a counter-weight to my natural proclivity to meander in the absence of one. I can still remember sitting lonesome on a large boulder in the Zimbabwe bush in the early 1990s, for some time, looking wistfully into a sunset and sketching out some goals for my twenties. Indeed, this exercise probably set me on the path to joining the Royal Marines.

On leaving the military, minded of the risk of being bewildered by the opportunities ‘outside’, I did a similar exercise. Nothing drastic but a few evenings spent penning a fifteen-page plan outlining what was important to me, my key personal values, what I wanted to do, where I wanted to live, key milestones I wanted to aim for etc. The resultant plan would go away in the drawer and maybe get re-examined once or twice a year; notwithstanding, its an excellent tool that nags away at your subconscious and keeps you more honest to your ambitions that you perhaps otherwise might be. I thoroughly recommend such a device to you. Especially as the brutal reality is that most people spend more time planning their summer holidays than they do their own careers or life journeys. Clearly, such a personal device is not about planning out the magical serendipity that life actually serves up; rather, you will be amazed at how much circumstantial fortune comes your way when you have set some purposeful, indicative tramlines.

Anyway, I digress … within the personal plan I wrote on leaving the Royal Marines, I stated an intent to lead my own business within five years. As per my commentary in Guide 01, I concluded – with an initial self-awareness – that this was ample time to acquire the relevant commercial skills (including finishing a distance-learning MBA I had embarked on), experiences and networks I so lacked at that point. Three years in to this, I knew it was time to get serious about setting off on my own. The plan in the drawer kept me honest to this intent; helpfully so, as it’s so easy for years to go quickly by, and dreams to fade, in the face of the incessant demands of the day. 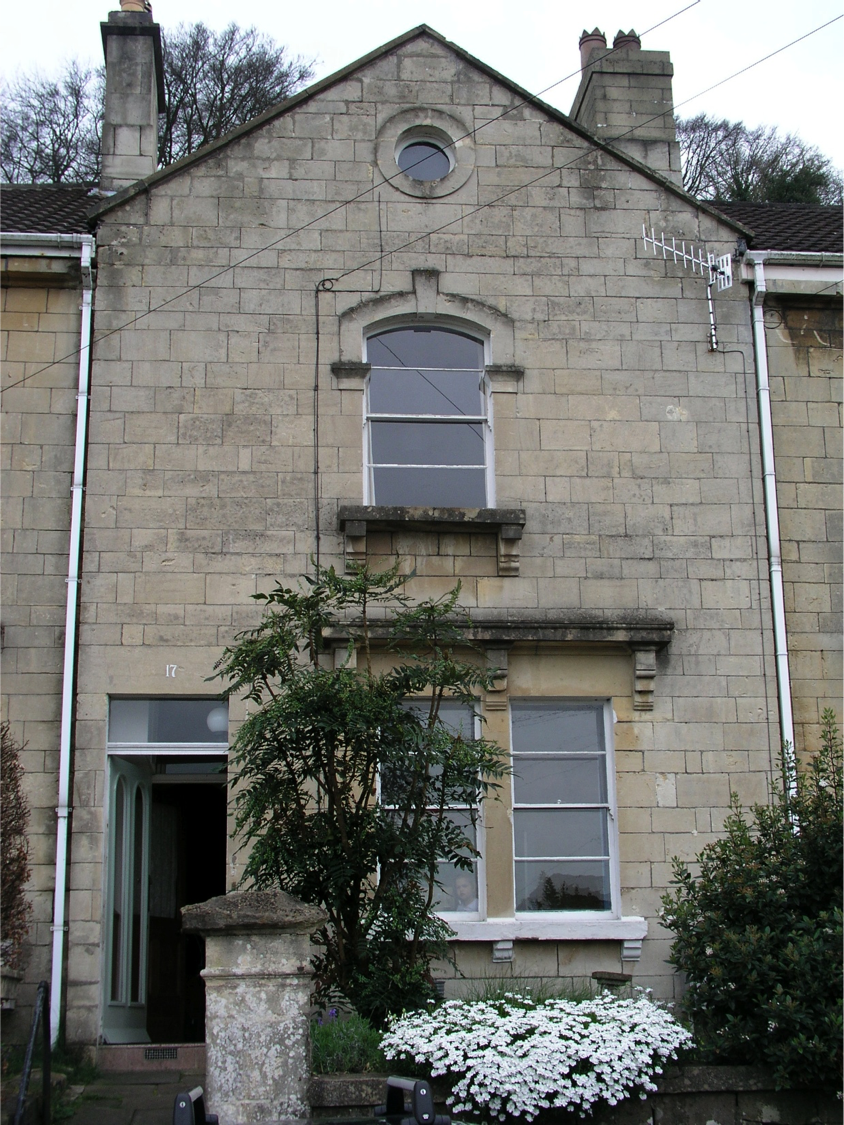 The cramped office (through the round window) where I penned the start up plan. I subsequently named it the ‘Business Studio’ to give our first company premise some gravitas!

I was working long days at Deloitte Consulting at the time – so I decided to book a week off work. It was late 2003. In the tiny confines of my attic office (just large enough for a single desk but you couldn’t stand up), I sketched out the plan for a new professional services firm (as per the recommended business plan structure I have laid out for you) and methodically worked my way through the logic of this process. I researched the market and the competitive landscape; there was something interesting going on in the US at the time with a number of smaller, niche companies starting up in the area of programme management. I was confident the UK would follow suit; the government was investing significant monies in major public sector reform and the economy generally was on the ascendancy. There was evidentially a growing demand for specialists in this area. I set out a vision (‘to be the premier programme management specialist consultancy in the UK’), a three-fold mission statement and a set of clear objectives. The process of articulating these thoughts was exhilarating and daunting in equal measure. The confidence would occasionally wobble as I recognised the brazen ambition; I was sketching out in some detail what a successful firm would look like in three to five years hence and here I was on my own, in a cramped room without a single client! But believe me it is amazing what can awaken when you render the ambition with more and more levels of conceptual detail. I worked through the leverage model I would need, the services I could provide and – really importantly – the values and principles we should stand for. Finally, I worked through the financial plans and a risk analysis. After five constructive days, in 55 pages, I had put real dimension to the ambition.

As an aside, I realised a couple of days into this process that I really needed a company name – in order to be able to open bank accounts, commence the incorporation process etc. I did the usual one-man brainstorm. I recollect shouting down the stairs, at sporadic intervals, a stream of suggestions to my wife. She hollered curtly back to the effect that I was still some way wide of the mark. The clock ticked down against a self-imposed deadline. With a stack of suggestions (rightly) rejected, and minutes to go, I opted for the surname. I was fortunate in having a name that felt reasonably solid and wasn’t already taken. Through a complete dearth of imagination and a lack of time, ‘Moorhouse’ (the firm) was born.

The next step with my start-up plan was to share it with a few trusted friends and advisors. This led to some minor amendments but, primarily, to a reinforcement of the confidence this exercise had given me. It was time to set a date for setting off on this journey and to serve my notice to my employer – which I did almost immediately after.

I hope you have gleaned from my description of the planning process, that as soon as a team started to grow around me, planning then became a deliberate, collective effort. In this regard, I can’t emphasise enough the importance of taking some ‘quality time’ out to do this justice. In Guide 09 (due to be published in 2015), I will talk in detail as to how the Moorhouse Escapes were so essential to the development of the firm in many aspects. One such critical aspect was the time taken, away from distractions, to engage everybody in the company in a conversation about where we had been and where we were heading. Essentially, to collectively review and reset the company plan. These events became increasingly costly (not least from a consideration of opportunity revenue foregone) but, from the perspective of gaining firm-wide alignment to the next twelve months of ambitious targets, the investment was always repaid many, many times over. 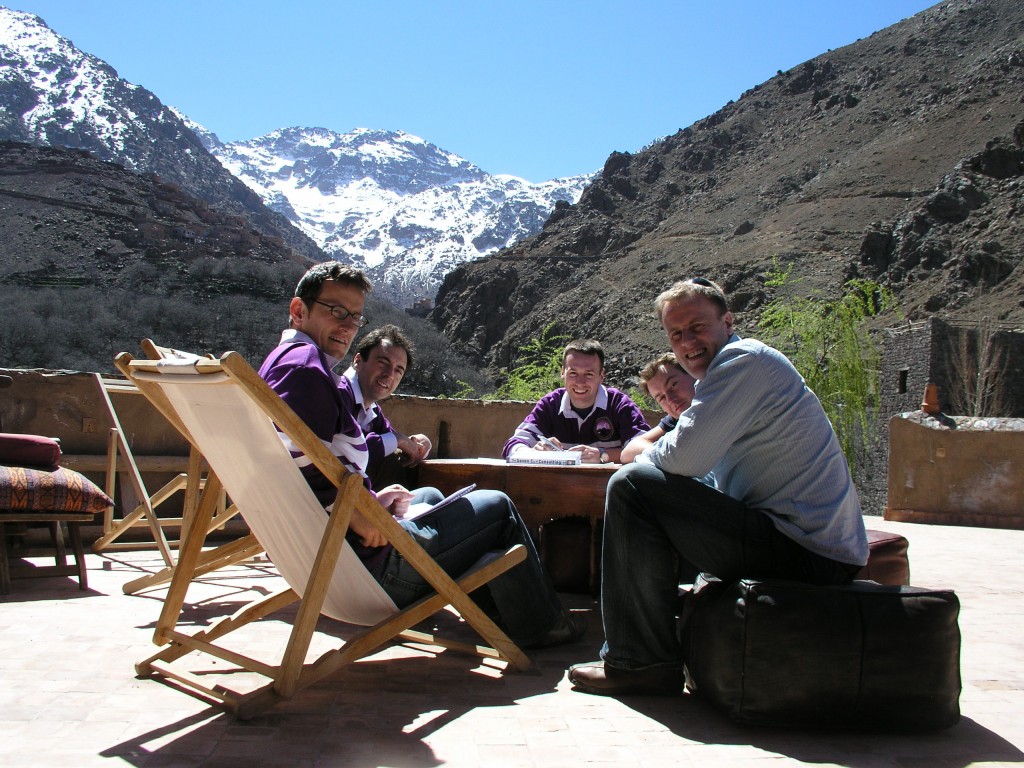 As important as why you plan, is how (and where) you plan. A planning sub-team hard at it during one of our company escapes (in the Atlas Mountains).